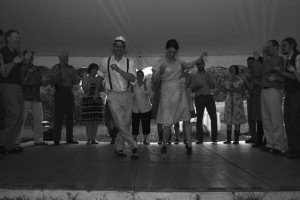 CLAYTON married in the WGCC family, wedding long-time member Sarah King in 2013. It was just a matter of time before she talked him into rejoining the WGCC after a 25-year hiatus. Over the years he has taught and toured with the WGCC, Rhythm in Shoes of Ohio, the Fiddle Puppets of Maryland and Joe Chvala and the Flying Foot Forum, Minneapolis. He is a founding member of Banjo Dancers and Poor Benny, where he plays fiddle, dances and sings. For a decade he was Millie Ortego’s dance parter when she helped spread Cajun dance and music around the United States. The return of the cloggers has helped him get his chops back up and his stars back in line, and after two more years of dancing Clayton has joined our band. 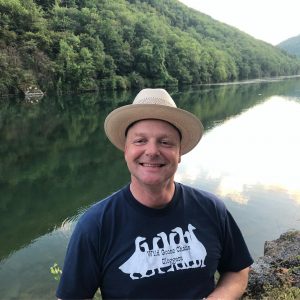 A former banjo player with the Mill City Grinders, ADAM turned to the dark side and now plays guitar. He is obsessed with early country music and has a not-so-secret crush on Maybelle Carter. He also loves to play his telecaster guitar to old records from the 1950’s and ’60’s. When not playing music he plays with his wiener dog Gracie and his Plott hound Archie. And he drinks coffee. A lot of coffee.