We hope you’ll join us on March 13–15, 2015 for our annual dance weekend at the Maplelag Cross-Country Ski Resort near Detroit Lakes, Minnesota, about 4 hours northwest of the Twin Cities. The cloggers began hosting the Moosejaw weekend 30+ years ago to provide an opportunity to take workshops on old-time music, clogging, square and contra dancing, and other traditional dance forms from national and local musicians, teachers, and artists. The weekend features evening dances on Friday and Saturday night, workshops during the day on Saturday and Sunday, and lots of jamming all day long. Other highlights include skiing, hot tubbing, a woodburning sauna, and 4 endless cookie jars. Homemade midwestern food and lodging at the beautiful Maplelag resort are included in the registration cost. The weekend is open to dancers and musicians of any experience level. 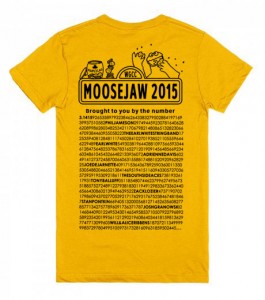 The Earl White Stringband is coming to MooseJaw!

Fiddlin Earl White has been a prominent figure in the Oldtime music and dance community for more than 40 years. He is one of “FEW” Black Americans playing and perpetuating the music that was once an important part of black culture and black communities across the US. He is an original and founding member of the famed Greengrass Cloggers, and received his first fiddle in 1975.

Fiddlin Earl White’ energetic, rhythmic, driving style is attributed to many years of dancing with the Greengrass Cloggers to the delights of Tommy Jarrell, the Highwoods Stringband, the Plank Road Stringband, and the Horseflies, to name a few. His fiddlin is as heartfelt as his dancing of earlier years.

Fiddlin Earl White has played with many of the finest oldtime musicians in the country. Under the guise of “The Too Wet to Plow Stringband”, “Early Night and the Daytimers”, “The Dukes of Earl”, “Sweet Bama”, “The Earl White Band”, and the “Earl White Stringband”, and the dynanmic duo as Adrienne Davis and Earl White. His bands have graced many audiences with their superb music as workshops or concerts.

Get their CD here:  http://www.cdbaby.com/cd/earlwhite

Phil Jamison is coming to MooseJaw 2015!

Phil Jamison is nationally-known as a dance caller, old-time musician, and flatfoot dancer. He has called dances, performed, and taught at music festivals and dance events throughout the U.S. and overseas since the early 1970s, including more than thirty years as a member of the Green Grass Cloggers. His flatfoot dancing was featured in the film, Songcatcher, for which he also served as Traditional Dance consultant. From 1982 through 2004, he toured and played guitar with Ralph Blizard and the New Southern Ramblers, but he also plays fiddle and banjo. He has done extensive research in the area of Appalachian dance, and has published many articles on traditional dance in The Old-Time Herald. In 2004, he co-co-founded Dare To Be Square!, a weekend workshop for square dance callers. Phil’s forthcoming book about the history of Appalachian dance, “Hoedowns, Reels, and Frolics,” will be published by the University of Illinois Press in 2015. Phil teaches Mathematics as well as Appalachian Music and Appalachian Studies at Warren Wilson College, where he also coordinates the Old-Time Music and Dance Week at the Swannanoa Gathering. www.philjamison.com

The Southside Aces at Moosejaw this year:

How to Register for Moosejaw 2015